Dr. David Goldbloom: Hi, I'm Dr. David Goldbloom, senior medical advisor at the Centre for Addiction and Mental Health, and I'm with you today to talk about alcohol dependence, a substance use disorder where a person is physically or psychologically dependent on drinking alcohol.

Most people who drink alcohol think of themselves as moderate or social drinkers, but drinking has risks, and for some people it can lead to problems. If you're dependent on alcohol, you can have real trouble stopping, even if you want to, even if the social or financial or other consequences of drinking start to outweigh the benefits for you. At CAMH's Alcohol Research and Treatment Clinic, led by Dr. Bernard Le Foll, the emphasis is on reducing alcohol dependence.

Dr. Bernard Le Foll: Alcohol dependence is the most prevalent and one of the most severe forms of addiction in Canada, so it is important to recognize the warning signs.

Dr. David Goldbloom: The common signs and symptoms of alcohol dependence can include the following: not being able to control your drinking or not being able to quit, needing more and more alcohol to get the same effect, spending more and more of your time either drinking or hungover and finally, experiencing withdrawal acutely when you stop drinking, and that can mean sweats or shakes or simply craving alcohol.

Dr. Bernard Le Foll: Alcohol dependence is associated with multiple health risks. Alcohol affects the proper functioning of the brain, so this results in difficulty thinking, communicating with others or operating motor vehicles safely. Alcohol dependence also results in psychiatric problems, notably high rate of depression, severe anxiety, and the rate of suicide attempts in people with alcohol dependence is six times higher as compared to general population.

Dr. David Goldbloom: Many people will need help to stop drinking. Fortunately, there are options available for people struggling with alcohol dependence. These include individual and group therapies, self-help and support groups, family supports and even residential treatment. Drug therapies, using drugs like naltrexone or acamprosate, are also a viable option for alcohol dependence.

Dr. David Goldbloom: If you're having trouble dealing with your drinking, don't be shy. Talk to a friend or to a professional, like your family doctor, about getting some help. If you'd like some more information about alcohol treatment, you can call CAMH at the number that's on the screen right now (416 535-8501 – press 2) or you can call Ontario's drug and alcohol helpline (1 800 565-8603). They're open 24/7.

And did you know that CAMH has developed an app that allows you to monitor your drinking? You can download the Saying When app at the iTunes Store. 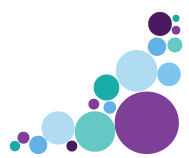